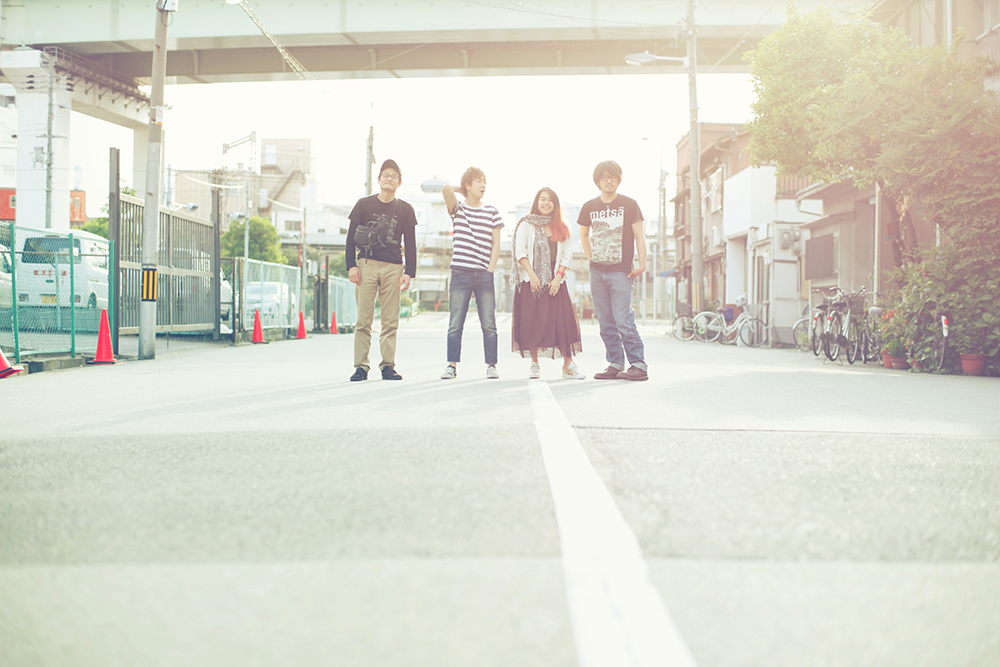 May 2015, Raft was formed between Thai and Japanese. Here is who they are.

Raft – intends to paddle ourselves throughout the world without external power and influences. They were able to perform the 1st live in Bangkok on our own. Although Thailand is our 1st destination, they are planning to move into other countries as well.

They have free music concept named “LIBERAL MUSIC” where the music is not limited by boarder, language and style. A music that attracts anyone, anywhere with combination of rock, pop and all other sorts of music. Their 1st live music consisted of Thai, English as well as blending Loogthuang (traditional Thai music) created a new kind of music. The local audience loved their Liberal Music, remarkably, at all the venues we performed. Anyone is attracted and enthused by Liberal Music.

Lastly, Raft members are ever changing and the concept again comes from Liberal Music. Raft started with Vocal:Nat, Base: Fujioka, Guitar: Fujita and Drums: Koura. However, Nat decided to leave Raft after the 1st performance to continue with her filming career and so they are looking for a new Vocal.
This won’t be the last change in Raft. Liberal Music continues to evolve and grow and this is just a part of the process. “We look forward to forming a new Raft”Fujioka smiles.

Everything is free. Even the members can’t imagine where Raft is gonna take them to. “That’s why is so exciting and worth performing to the limit and beyond” The way they spoke reminded me of those times when they just decided to dedicate their lives to music.