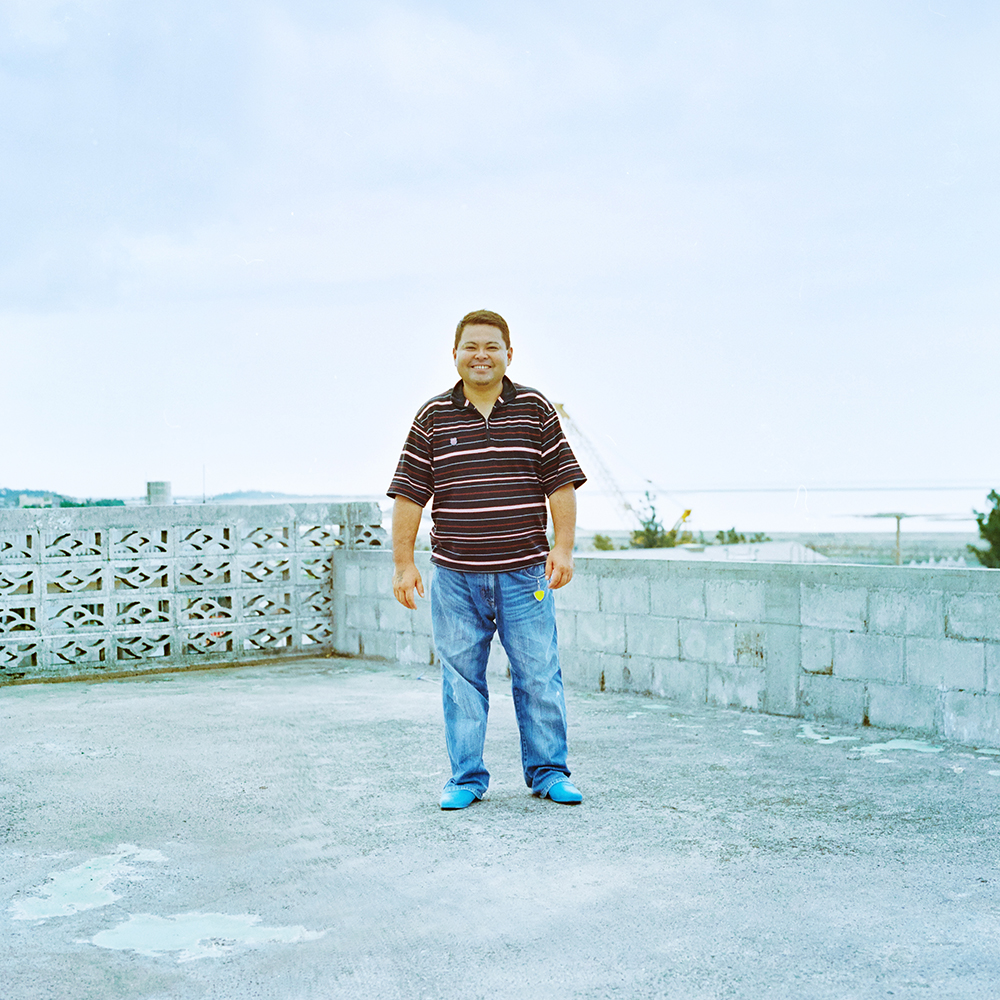 He has been interested in folk songs since he was in elementary school.
And he has started to play SHAMISEN since he was 16.
Wherever he went he was holding the SHAMISEN and practiced with a full of joy.

But he even didn’t know that playing SHAMISEN will be major influences in his life in that time.
He says it was impossible to meet Ekkosan（Etsuko Nakanishi／sax),Kamechan(Hiroshi Kamezaki/percussion) and Ryota(Ryota Yamaguchi/percussion) as a members of “Kumejima’s window”without folk songs and Shamisen.
This encounter made me find new goals. 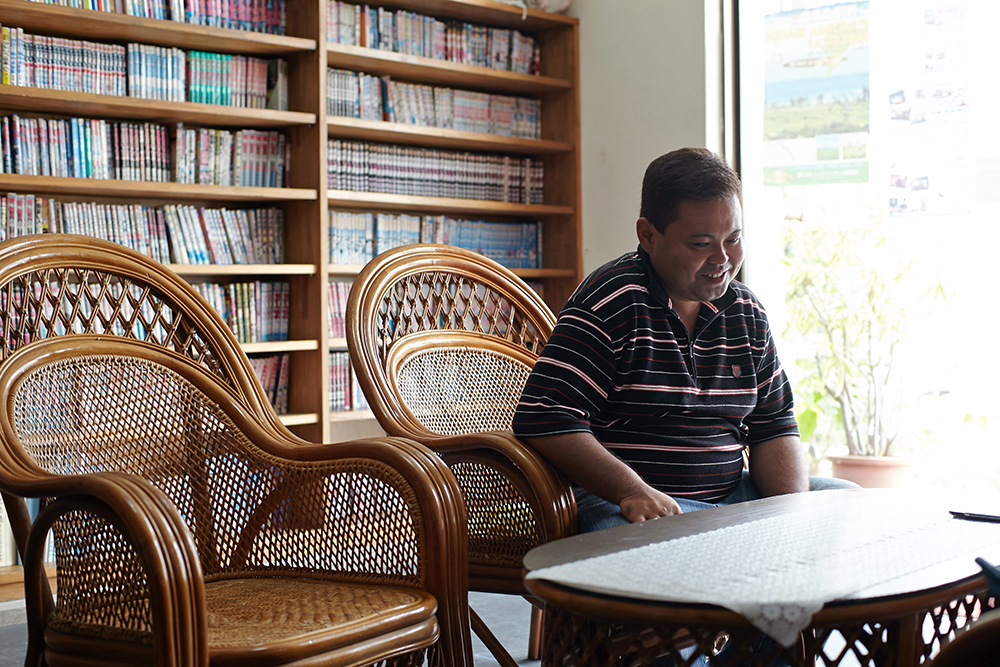 First I am going to have a show in Sendai.
In Sendai,there is a man I know well always takes care of me very well.
When I had a show in Osaka,he came to see me with his wife all the way from Sendai.
So I deeply felt if I could do something for people in Sendai when we had the great east Japan earthquake.
Another thing is releasing the CD.
I want to tell many people how wonderful place Kumejima is!
If I could call people to Kumejima as many as possible by my song.
Nothing better than this if my music could touch those people. 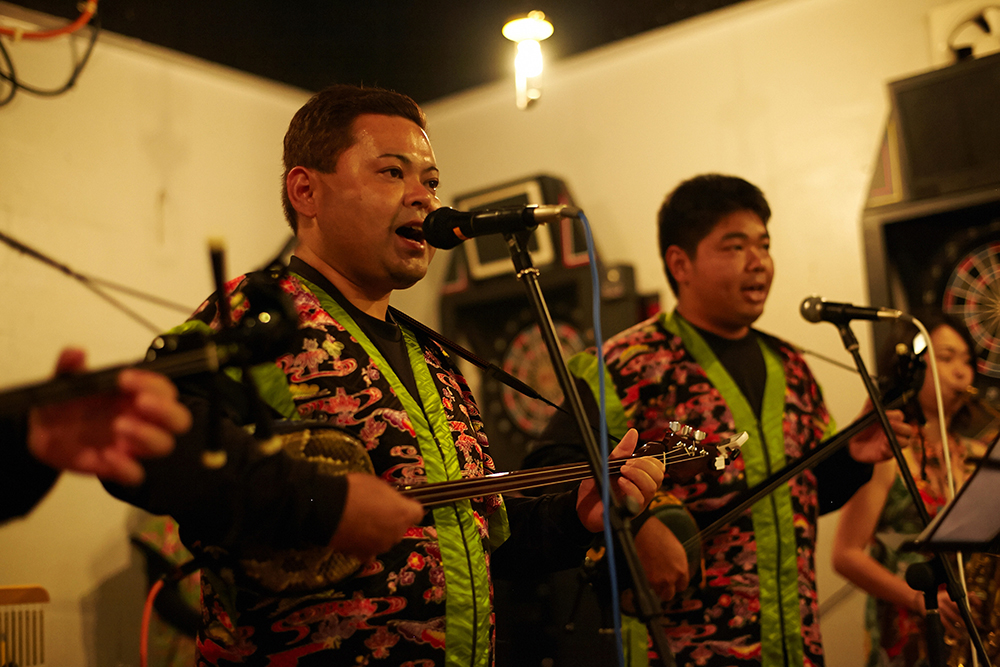 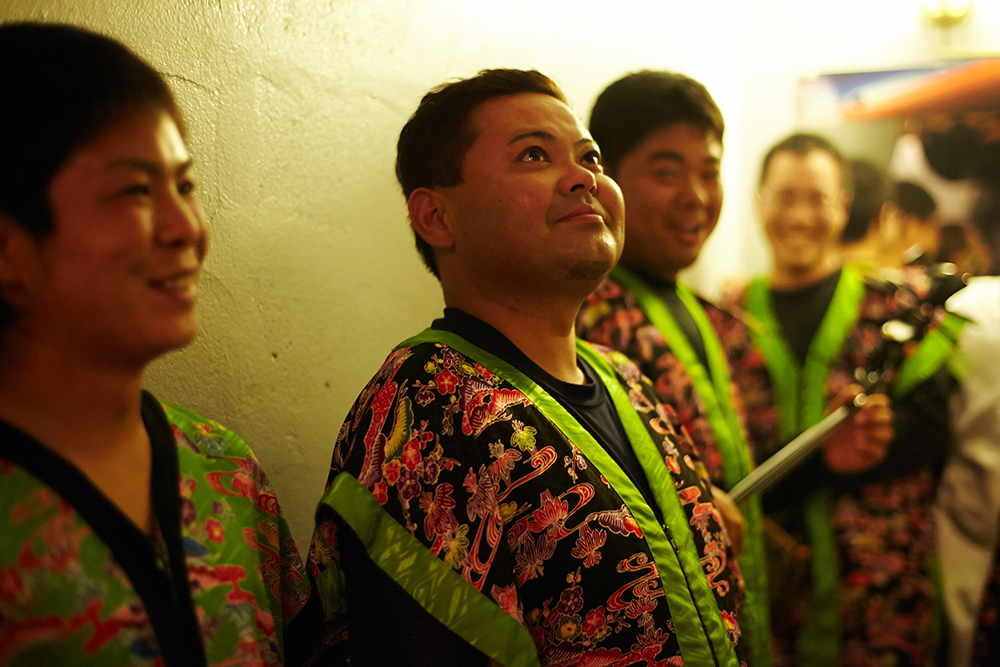 I am eager to put one special song in this CD.
The song is called “Island’s window” written by Kamechan.
When I have checked the rylics of this song,I’ve been confident that I can tell my feelings to everyone by this song.
I believe these two goals will be achieved someday.
If I keep my storing will,the idea becomes real.
I’ve just wanted to play with Ekkosan and Kamechan and Ryota in Kumejima very much,and this feeling pushed me a lot.
At the beggining some people weren’t acceptable,but now many people are asking “When is your next show??”.