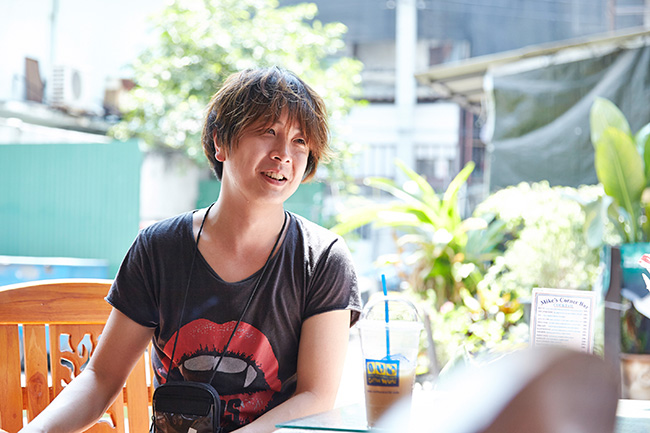 Few people who get offended said to be “You are earnest person. “But this word sting me. It’s sound like “No sense of fun and timid person “for me. Honestly, I was hating myself who have such of one side. Until now, while I know these were turning points. But, I haven’t taken the step many times. Because, I was scared to make a mistakes. At one time, I had tried to think it “It’s ok. I’m just me. Can’t be anyone else.” But now, I think I should change myself for living as a drummer. For this time, I felt I will get something opportunity to change myself by absorbing roughish style of Thailand. 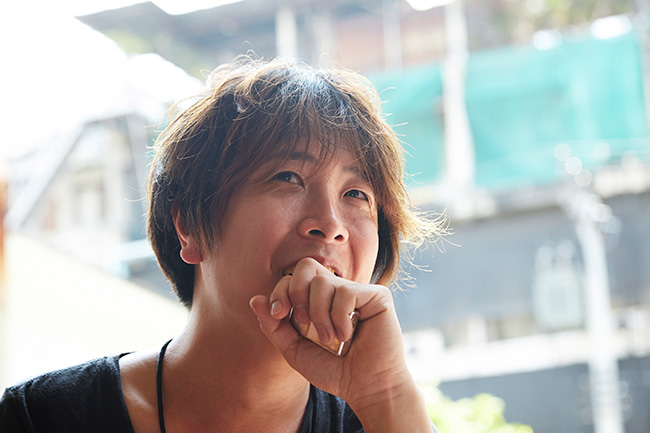 It was a short stay of three nights and four days, But It was more than imagination occurred change and evolution in myself. It’s clear as day when comparing from standing on the stage to begin to play between hard rock on the first day and improvise session on the last day. The first day, I was exchanging to the pedal that I bring and adjusting the cymbals too carefully.
But, the last day was beginning to play immediately after up to the stage without bring anything. Actually, it was hard to tread the others pedal. However I thought I could get by somehow. Might be I’d fail and embarrass myself. ”that’s ok. Only end up laughed at.”
I haven’t given a thought about it before I came to Thailand. 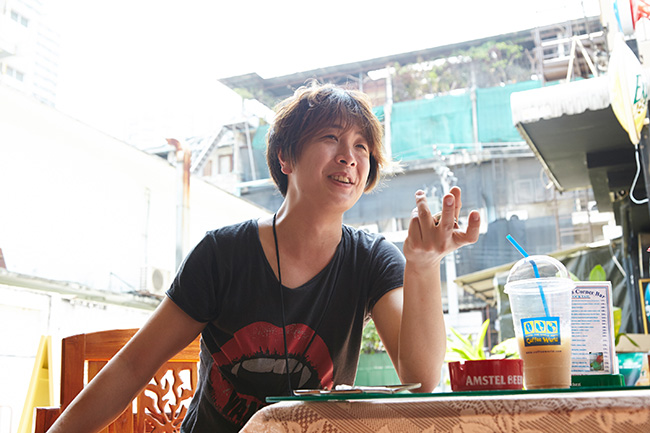 After returned home, I’m feeling it might be have stayed in my mind which the feeling of “Something might be worked out.” When I joined DOOKIE FESTA. Nevertheless I have teamed up with other band, my heart captured by DOOKIE FESTA’s live. I jumped into the dressing room and directly appealed “I want to join in to your band” Because I thought
”It’s is one chance in a million. “
When I heard the words from MC that “Now, this drummer is only supporting their band.  He is just temporary. As a result, my drummer life has changed dramatically. I feel that awaken me to make a good decision efficiently smoldering in myself by virtue of challenge in Thailand this time. I’ll make sure to able to get a good turning point of a number to greet in the future. And It has become not know my future in a good meaning.

« Previous Post＃003
Return in the first place to get back the original “Yoshiyuki Fujioka” Next Post »＃005
The Model is “reaction entertainer”.