＃012
Mixed band, to formation
〜Classmate and mutually recognized each other as a professional〜 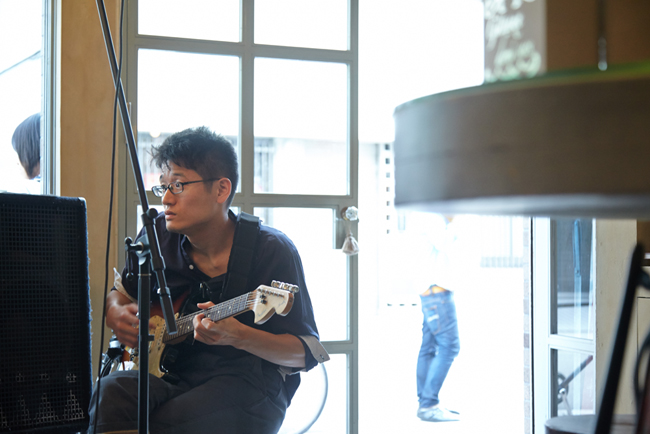 Looking back, Last Post is 11th September to this web magazine. It is about 8 months the first time in post. Why the interval was slightly wider than before, there are a number of drama towards the preparation for the next project. And we have a specific plan now. This time let’s look back at the trajectories.

April 2014. After returning from Thailand, musicians had been telling that “I felt the potential and possibility in myself”. At the same time, Team were feeling that it is only waste of time and money also ignoring the possibility of them. Let’s have a next project as soon as possible. To discuss serval subjects, and we reached a conclusion that they forming a new band and competing on stage in Thailand.” Base, drums, vocals, guitar.” This is forming in group.
Base is Fujioka, drums is Oura. Then it was turns out the seeker of guitarist and vocalist were Fujioka. For guitarist, he discover the need for somebody like a classmate at professional school. Yoshio Fujita who active as professional guitarist in Tokyo. 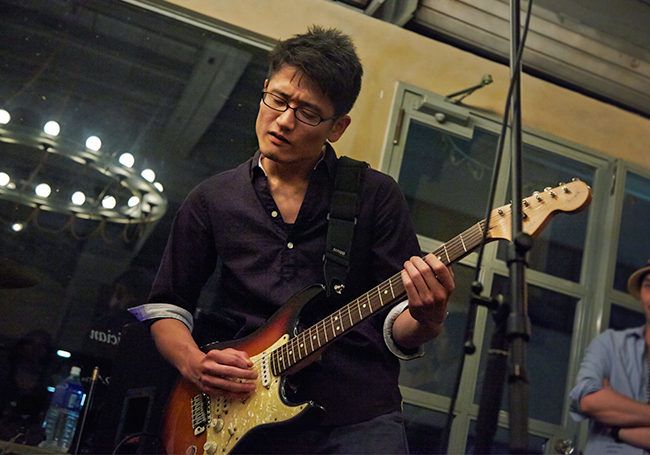 The reason for choosing Fujita were several. Previously, Fujioka and Fujita have been forming their band, and playing together, Also they have been doing before which supporting Japanese singer. So they are old ally. The two of them are very conscious of high as professional. The key was he has outstanding technician to guitar. Once you hear it, everyone known “This is his music”. His melody and rhythm is not only unique, it is flexibility to absorb any music.
Fujioka told to him about details of project with his passion face to face after all these year. Fujita just said “Yes!” Because he was interested in musical composer too. He thought this project be good chance to do it .He also decided to join over the life as a musician.
However, only vocalist remained for their new band. But, in contrast with Fujioka’s enthusiasm, It’s had been waiting a lot of difficulties to him.

« Previous Post＃011
Project No.2 in Thailand
～On the land of smile, put a cornerstone of future～ Next Post »＃013
Mixed band, to formation The other side of period.