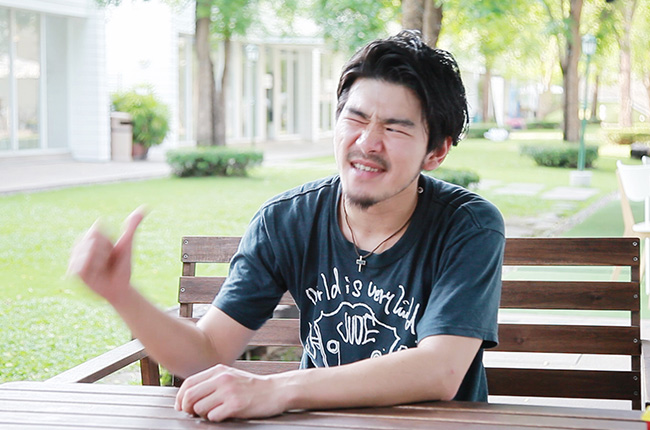 I decided to aspire to musicians when I was a high school senior. I had a mysterious self-confidence.”I absolutely, stand in the stage of festival which boasts 10,000 scales. It’s not a dream even world tour.”Yes, I’m super positive person.” When, I’m playing base also in the same way. I can do it well. I have never felt my limit. Until 2013 the end of the year… 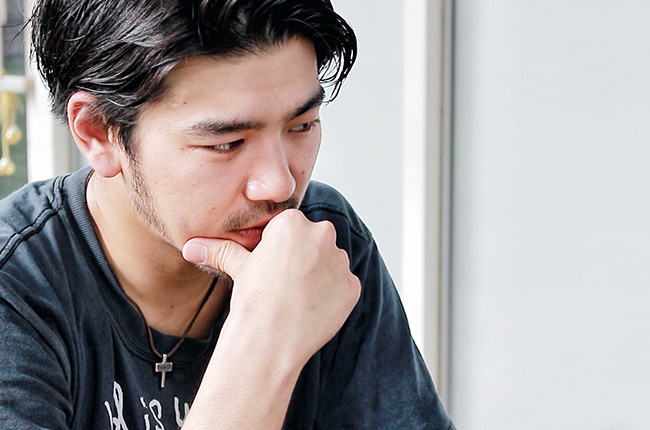 When we were recording a new song of DOOKIE FESTA. “Am I okay?” ” Is there someone instead of me in my position?” Uncontrollable anxiety and doubt in my mind. I don’t know what it is or seems to me even considering the phrase. Repetition of trial and error…So I was groping blindly in the dark for a while. But, suddenly turning point came in. When I saw the live DVD of one musician, I was stopping to shake my mind by the hard fisted sounds. That’s exactly” A bolt from the blue”. Which places am I going to?
There is always a bigger fish. Actually I believe I have a infinite possibility right? I was getting back the passion when I decided to compete on the base. It’s from deep within my mind little by little. . 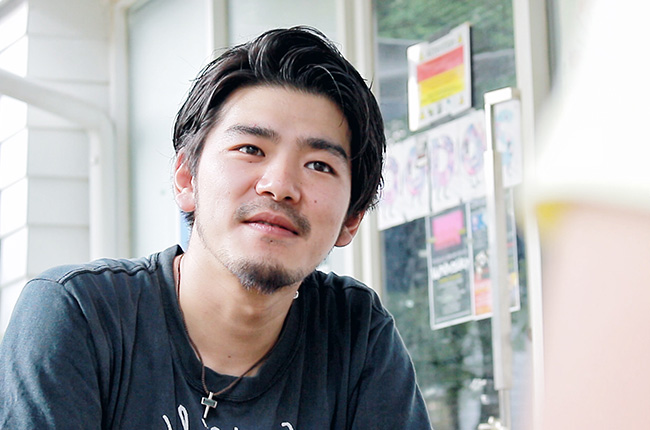 Once we get back to my start line. That’s this time of Thailand’s project which floated think as a method. Originally World Tour is one of the targets since I was the third year of high school. I haven’t been to go abroad to play the music. I don’t want to compromise no matter what pull myself. And, I was approaching my dream at that time even a little.
There was a short stay of three days. But, there were a lot of valuable harvests. I felt the powers which bridge a language barrier by hard rock music. Also I had the wonderful feeling through an improvisation session to interact with foreign peoples in the music.
Thanks all of them, I got back the mysterious self-confidence. At the same time, I founded my new challenges that I want to.”Now expect the bassist Mr. Yoshiyuki Fujioka!” Even I do say it myself.